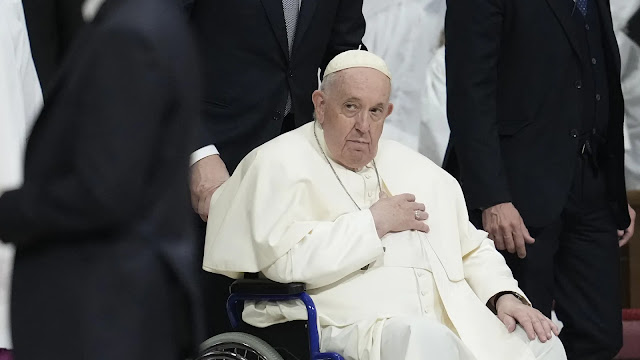 Pope Francis celebrated an epiphany Mass in the Vatican earlier this month.

Pope Francis discussed his health, his critics and the future of the papacy during his first interview since the death of former Pope Benedict XVI.

He opposed criminalization of homosexuality, claiming this was an unjust law.

Pope Francis stated that being homosexual is not a crime; instead, Catholic teaching states that homosexual acts are a sin. However, the Pope stressed that it's important to differentiate between these two concepts. For example, he stated that not being charitable to each other is also a sin. In addition, he stated that some countries' laws against homosexuality should be discontinued.

When asked about his health, 86-year-old Henry said, "I'm in good health for my age. I'm normal."

Recent months have seen the pope suffering from knee problems that necessitated him using a wheelchair.

After conservative bishops and cardinals harshly condemned his actions, Francis didn’t seem bothered by the criticism.

He noted that keeping the fact hidden was much worse.

This story was originally published in NPR Newscast.