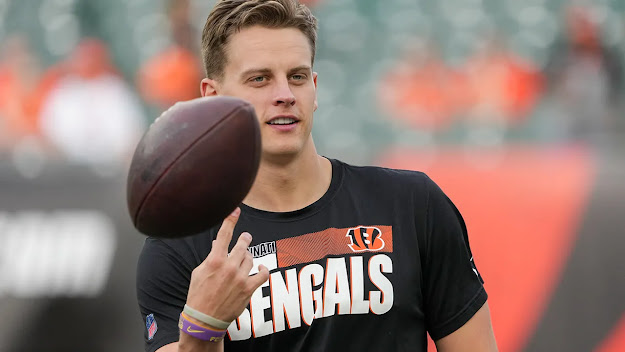 A snowstorm is expected to hit Orchard Park, New York on Sunday, which may require him to wear more clothes on the field.
The NFL's most fashionable celebrity, Burrow was drafted first overall by the Bengals in the 2020 season. Since then, he's worn many fantastic outfits for his stadium entrances. He sported a flower suit for a primetime matchup against the Miami Dolphins in Week 4, honored "The Office" with a hoodie in Pittsburgh and even wore bucket hats from time to time.
Burrow’s outfit from last year’s Super Bowl will be hard to beat this year.
Burrow and the Bengals are two wins away from their second straight Super Bowl appearance. If they upset the Bills on Sunday, they will battle the Chiefs in Kansas City next Sunday for a berth in Super Bowl LVII.
Edit This Article
Tags Sports